As an printing process, dye sublimation printing has been used for quite a while. However, the wide use of sublimation using digital inkjet printing technology began when Sawgrass Technologies introduced sublimation inks in the mid-1990’s. This introduction made possible the use of desktop printers for producing quality sublimation transfers that were profitable without requiring long runs or expensive set-up charges. Subsequently, small businesses began to offer personalized and customized color images imprinted on a variety of surfaces.

At present, larger shops can choose from a variety of wide-format printers providing production efficiencies, especially when fitted with bulk-ink delivery systems. Also increasing extensively is the supply of sublimatable products, or “blanks,” and their “holders.” Due to these improvements, the public’s acceptance of sublimated products continues to strengthen, making their marketing easier.

Along with the continual downward pricing of attendant technology, such as scanners, digital cameras and printers, these developments have fueled the phenomenal growth of the sublimation industry. Hence, the dye sublimation printing industry appears to offer excellent prospects for both novice and experienced sublimators.

This is then a good time ponder, what does the future hold? This article reviews developments that could disrupt the sublimation printing if ignored and discusses how they could be used to our advantage, propelling the industry to greater heights. However, rather than providing a roadmap, the aim of the article is to provide you “food for thought” to get your creative juices flowing so that we can embark together in this next exciting chapter of the sublimation story.

Prior to the emergence of global markets, such forces pushed up prices due to the lack of coordination between the economies of scale and the demand. However, with the advent of these forces, the prices have started to decrease as the competition from other nations has become stronger.

Because of the young and diffused nature of the industry, we don’t have standards or tolerances for newcomers. This, combined with the low prices of start-up technology, creates a steady flow of would-be entrepreneurs.

The profitability of the finished products is commoditized within each segment, which prompts new entrants to compete on price. This squeeze leads to the retention of existing sublimators at a high rate.

In the past, such market forces tended to push prices up by conflicting with the development of economies of scale. However, the emergence of worldwide markets increases competition to the point that the overall pressure is on decreasing prices—especially on consumer products—and on the consolidation of suppliers and distributors. These trends are evident in the sublimation industry. Consequently, world market competition has had a direct impact on the structure of the industry, although sublimation imprinting is supposed to cater to small, localized markets.

Because our industry is young and diffused, we have yet to establish standards, specifications, and tolerances for newcomers to abide by. This, and the modest prices of beginning-level technology, creates low barriers to entry that entice a steady influx of would-be entrepreneurs. The throng of newcomers along with the proliferation of blanks—allowing sublimators to print on just about “anything—contribute to the development of a large diversity of small, fragmented segments with low buying power and little influence in the industry.

Within each segment, the sameness of the blanks and their holders tends to commoditize the products, propelling the new entrants to compete principally on price. The resultant constant squeeze on margins leads new sublimators to leave the industry at a high rate. I believe fostering a flourishing group of persevering sublimators of finished products would better serve the industry. 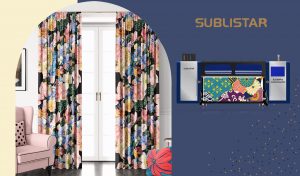 It is a given that the sublimation printer industry needs a large and growing production base for its long-term health. Let’s look at how we could sustain such a production base while improving newcomers’ success rate. We can start by seeing the industry as composed of interrelated Competency Spheres, as the schematic in Figure 1 shows.

To grow the industry, major suppliers and distributors offer various aids to sublimators. In contrast, novice entrepreneurs starting a sublimation business are at a great disadvantage. They tend to be versed in, at most, one of the Competency Spheres. Thus, their investments in the sublimation industry are quite heavy. They have initial monetary outlays for required technology, beginning inventory, and training samples. In addition, they must invest a significant amount of time and effort, while likely needing a steady revenue stream, to attain the competencies demanded by the other Spheres. Hence, the possibility of leaving the industry is highest for newcomers not well versed in the Marketing/Selling Sphere.

These growing pains are typical for a budding industry. Other industries have devised solutions for maintaining healthy rates of growth and expansion. The strategies typically integrate one or more forms of stratification. Two such stratification schemes may be particularly useful for the sublimation industry to consider—stratification by quality tiers and stratification by the degree of participation in the industry’s competency spheres.

Knowledge base about the Nozzle of UV Print Machine

Should You Buy A DTF Textile Printer for Your Business?